Our Senior Associate, Neha Sachde explains the doctrine of Good Faith in the context of Bahraini law and its jurisprudence. 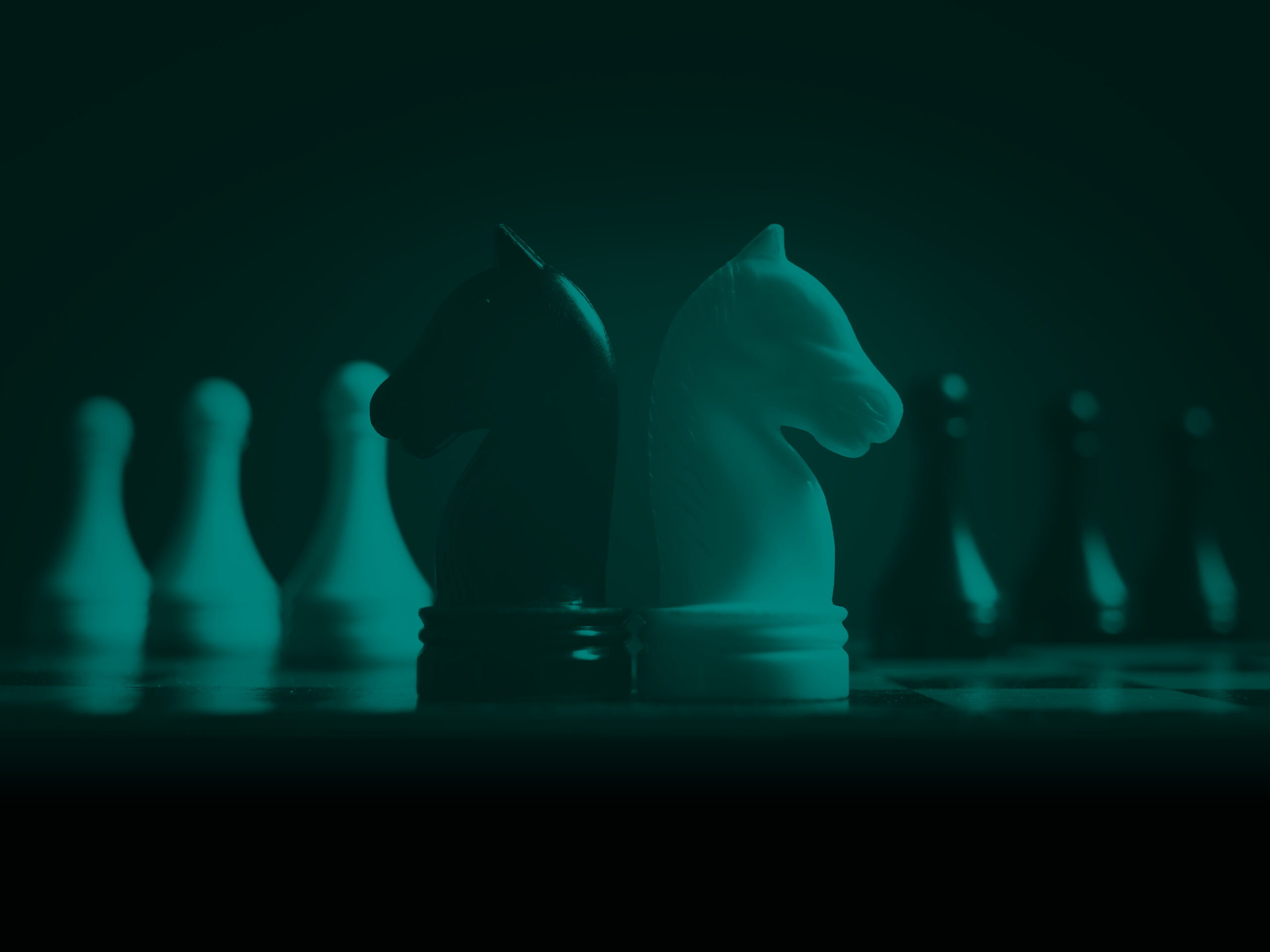 The laws of Bahrain impose obligations upon contracting parties
that are in most cases additional to those obligations set out in
the express terms of a contract.

Article 127 of the Bahraini Civil Code thus stipulates that a contract shall not be limited to the obligations of the contracting parties to do that which is expressly agreed in the contract, but shall extend to include other obligations ancillary to it by virtue of the law, custom and nature of the transaction.  One such ancillary obligation that is imposed on contracting parties by virtue of the law is the obligation of good faith enshrined in the text of Article 129 of the Bahraini Civil Code.

This article considers the doctrine of good faith as it applies to contracting parties and how the Bahraini courts have addressed it in the context of contractual disputes.

Good faith is acknowledged as a general overarching principle of Bahraini law; it was explicitly recognised and applied even well before the enactment of the Bahraini Civil Code under the repealed Qanoun Al Oqoud (Law of Contracts) of 1969 where Article 18 thereof stated “If good faith emerges in a transaction between two parties, and one party had to be honest with the other, the burden of proof of good faith in pursuing the transaction falls on the party that is under such general obligation”. This confirms that good faith has always been a sacred principle of Bahraini law, and remains so, following the enactment of the Bahraini Civil Code in 2001 as evident from the text of Article 129 which reinforces this ancillary obligation to act in good faith stating that, “The contract shall be performed in accordance with its provisions and in compliance with the requirements of good faith and honesty”.

The duty of good faith is deeply rooted in Bahraini jurisprudence which continuously underlines the obligation to perform contracts in good faith as can be seen in numerous decisions of the Bahraini Court of Cassation. Thus, in Challenge No. 521 J.Y. 2017 the Bahraini Court of Cassation held that “It is established, pursuant to the texts of Articles 128 and 129 of the Civil Code, that the contract makes the law of the parties … it must be performed in accordance with the provisions therein, and in a manner compliant with what is required by good faith and honourable dealing…”.

Good Faith: What does it mean?

The duty to perform contractual obligations in Good Faith is not limited or confined to the provisions expressly stipulated by the contracting parties, but extends to include other matters which constitute necessary sequel thereto as stipulated in Article 127 of the Bahraini Civil Code which reads “A contract is not only limited to content, but also as regards everything which according to law, usage and equity is deemed in view of the nature of the obligation, to be a necessary sequel to the contract, taking into consideration custom and usage, requirements of
equity, nature of business, good faith and honesty”. Accordingly, performing the contract in good faith is simply one of the overarching fundamental principles and indispensable requisites in view of the law, custom and equity in the Kingdom of Bahrain. It entails both acts and omissions, passive and active duties on the contracting parties, these include:

All of the above constraints and duties are but examples and variants of the necessary sequels of the contract in view of the legal requirement of good faith, equity and customary practice. In other words, they are implied in the contract, even if no explicit reference was made to them by the contracting parties.

While Article 129 of the Bahraini Civil Code stipulates the requirement of good faith, it does not define it. Therefore, when the principle of good faith is raised before a court or a tribunal, it is for judges or arbitrator(s) to determine whether, in the circumstances of the case, a party has not acted in good faith, taking into account that there is a rebuttable presumption in favour of good faith.

In practice, however, establishing that a party has not acted in good faith can prove very difficult reflecting the absence of a definition in law or jurisprudence. In some instances, the deliberate concealing of a fact or silence as to the knowledge of a fact, coupled with the intention to cause harm, has been regarded by the Bahraini courts as acts of bad faith. In others, in deciding whether an act constitutes bad faith, the court has looked at Article 28 of the Bahraini Civil Code relating to the unlawful use of rights which stipulates that “The exercise of a right shall be unlawful in the following instances: (a) If the sole aim thereof is to harm another person; (b) If it is aimed to achieve an unlawful interest or interests; (c) If the benefit or benefits it is desired to realise is out of proportion to the harm caused thereby to another person; (d) If it is designed to cause a serious and unfamiliar damage to third parties”. Thus, in Challenge No. 238 J.Y. 2011 the Bahraini Court of Cassation held that “It is decided – the lawful exercise of a right by a person does not render him liable in respect of loss suffered by others resulting therefrom as provided under Article 27 of the Civil Code, unless his conduct is tainted with an unlawful exercise in one of the ways set out in Article 28 of the same law, all having a common feature, which is the intent to cause harm …”  In that context, the notion of good faith is a corollary to the abuse of rights theory, which requires that the offending act be intentional.

The Bahraini Civil Code established criteria for deciding whether a right has been unlawfully exercised. The starting position is an assumption that the exercise of a right is lawful. Therefore, the burden of proof lies on the person alleging that the right has been unlawfully exercised. For the exercise of the right to be unlawful, the claimant must show that at least one of the criteria set out in Article 28 of the Bahraini Civil Code has been met.

The cases mentioned in Article 28 are not intended to be exhaustive. Although Article 28 does not expressly provide that the listed cases are only examples, there is a general agreement, based on judicial precedents and writing of jurists, that the cases listed in Article 28 are only examples and not exhaustive. Judicial discretion is thus maintained to apply the concept to the facts as addressed by the court. In that manner, the flexibility of application is retained to evolve with the evolution of society’s attitude to the exercise of any specific right. That being the case, one can set out the cases provided as examples by Article 28 where the exercise of a right shall be unlawful:

If the only intention of such exercise is to cause injury to another person. The question of intention is always difficult to establish, and becomes even more difficult when qualified as being the ‘sole’ intention. Nevertheless, it is a question which is to be determined by the court from the evidence submitted by the parties in the proceedings.

The interests to be realized are in themselves, unlawful. The owner of a property has the right to let it out to others, but such right does not extend to letting that property for any use which is considered unlawful.

The exercise of right results in grave unusual injury to another person. This criterion adopts an already established rule of Islamic Law, codified in the Majalla, the Ottoman Civil Code of 1869, seen in the application of maxim 29 of the Majalla, which provides that the “lesser of two evils should be chosen”. The example provided is where an ox owned by one person sticks it’s head in the jar of another, and where the ox’s head cannot be removed except by breaking the jar or cutting the ox’s head. In such an instance, it would be a grave and unusual injury for the owner of the ox if the owner of the jar were to kill the ox in order to save his jar. See Salim Rustum Al-Baz, ‘Commentary on the Majalla’, 3rd, (undated), comment on Maxim 29.

For the exercise of a right to be unlawful and such party to be deemed to have acted in bad faith, it will be sufficient for the aggrieved contracting party to demonstrate the existence of any one of the grounds provided in Article 28 of the Bahraini Civil Code.

It is important to note that in most jurisdictions in this region, including Kuwait, the UAE and Qatar, contracting parties are also expressly required by the provisions of the Civil Code to perform their contracts in good faith. Even though the Oman Civil Code contains no equivalent provision to Article 129 of the Bahraini Civil Code, Omani lawyers generally accept that, as a matter of Omani jurisprudence, an identical principle also applies in the Sultanate of Oman.

In our practice, we see arguments about alleged breaches of the duty of good faith either to criticise strict application of a favourable contractual right, or to defend conduct which diverges from contractual obligations. In our experience, such arguments are rarely effective. The doctrine of good faith cannot be used as a tool to adjust, circumvent, or dilute the effect of a contractual term. If good faith could override contractual terms that could leave parties uncertain as to whether or not an agreed contractual term must be adhered to. It would undermine the fundamental principle of contract law that the contract makes the law of the parties as enshrined in Article 128 of the Bahraini Civil Code which states “The contract makes the law of the parties. It can be revoked or altered only by mutual consent of the parties or for reasons provided for by the law”. As such, parties are bound by the contract terms they have agreed to and the duty of good faith does not alter their contractual rights or obligations. In fact, it could be argued that a party seeking to circumvent agreed contractual terms through the application of a good faith argument may itself not be acting in good faith in attempting to do so.

The doctrine of good faith applies as a pervasive duty which the parties must adhere to in performing their duties and exercising their rights under a contract. It requires contracting parties to act honestly and fairly towards each other, in a way that does not frustrate the purposes of the contract.

Under Bahraini law, the determination as to whether the parties have fulfilled their contractual obligations in a manner consistent with good faith is a matter of fact that falls within the discretion of the trial court. i.e., the court of first instance and the court of appeal in the Kingdom of Bahrain. However, due to the absence of a clear definition of what constitutes good faith under Bahraini law, perhaps it is easier to determine whether a party has acted in bad faith rather than whether it has acted in good faith.

In deciding whether an act constitutes bad faith, the court may also look at Article 28 of the Bahraini Civil Code which provides that a person cannot exercise its rights unlawfully. The exercise of a right is deemed to be unlawful if there is an intentional infringement of another person’s rights or is a violation of rules of Islamic Sharia, public order or morals. Other situations are where the desired gain is disproportionate to the harm that will be suffered by the other party or it exceeds the bounds of custom or practice.