Piercing the Veil + a closer look at 18 Bis CCL

Our Associate, Alaa Ahmed throws light on the unresolved issues of the corporate veil. 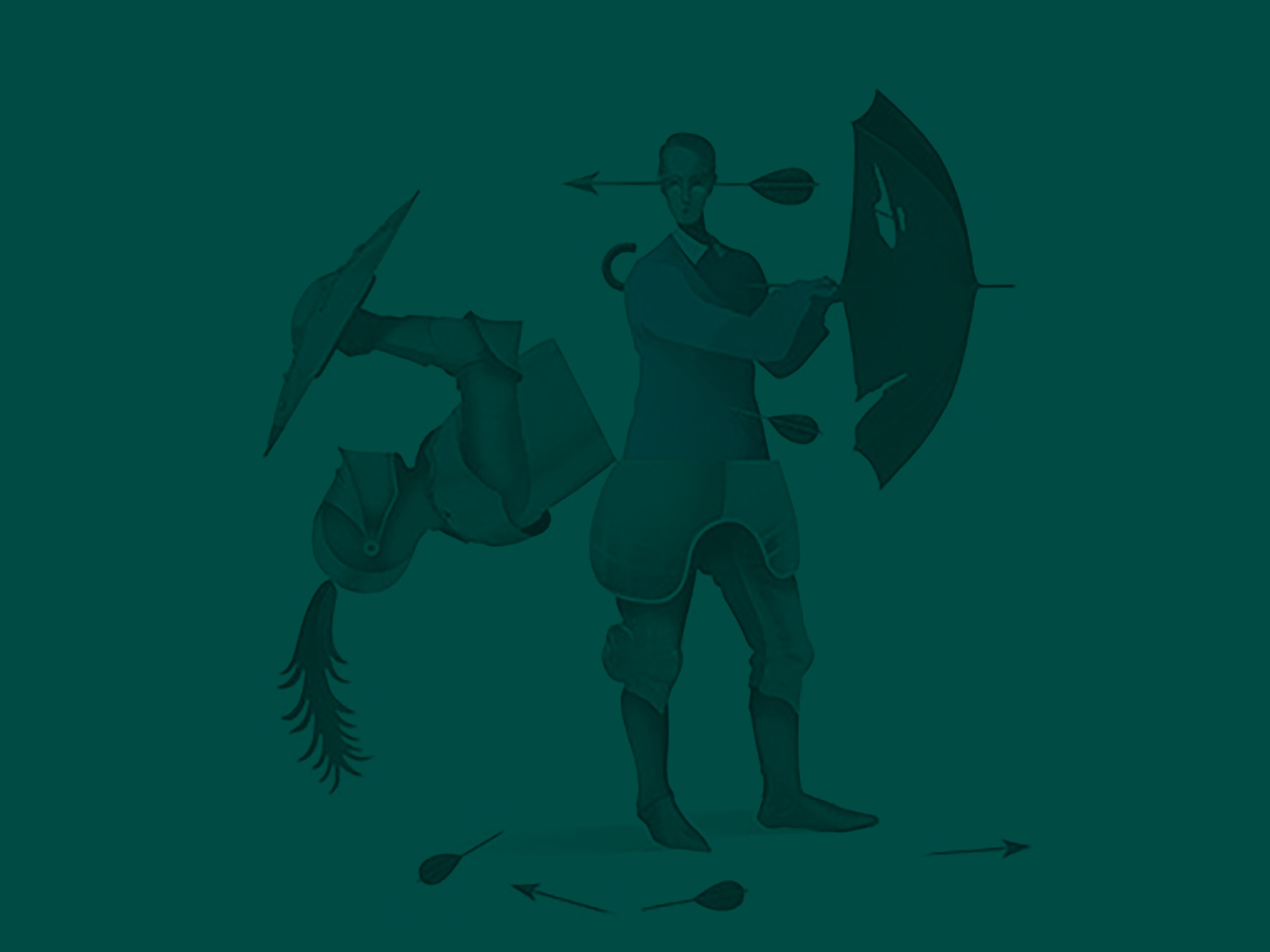 Predictability and certainty are distinctive features of Bahraini law. Regrettably, one area of Bahraini law which cannot be praised for such predictability and certainty is the doctrine of piercing the corporate veil. This doctrine and its yet unresolved issues have been threatening two cornerstone principles for commerce and modern economy, namely: (i) the separate corporate personality a company enjoys, and (ii) limited liability.

After much confusion and frustrated attempts to cast light on the practical application of the doctrine, the Bahraini Court of Cassation recently in Challenge 132 J.Y. 2020 provides clarity by circumscribing the doctrine to excessive narrow limits.

It is a well-established principle that a corporation is a separate legal entity distinct from its directors and shareholders, where it is solely responsible for its debts and liabilities. This is a prevailing concept in Bahraini jurisprudence confirmed by the Bahraini Court of Cassation in numerous rulings of the Court including Challenges 688 J.Y. 2019, 872 J.Y. 2014, 164 J.Y. 2010, and 165 J.Y. 2010, whereby it was held that directors and shareholders have a separate personality than that of the company’s and are exonerated from liability of the debts it incurs and credit it is entitled to. The principle of separate corporate personality is no more evident than in the ruling of the Bahraini Court of Cassation in Challenge No. 235 J.Y. 2012 wherein the Court held:

“A company is a stand-alone legal entity, and its legal personality and financial liability is independent of the identity and liability of its shareholders.”

This cemented rule deems it unduly burdensome for courts to depart therefrom, which brings clarity to one of the key purposes companies are formed, that is the existence of a corporate fiction that insulates individuals heading a company from personal liability of its debts. An exception to the rule exists, however, in the text of Article 18 bis of the Commercial Companies Law depicting the limited scenarios where the immunity granted to directors and shareholders would not extend to events where they act ultra virus, in which case they may not be veiled behind the corporate facade.

This article aims to shed light on the grounds under which the corporate veil can be circumvented in the specific cases determined by Article 18 bis of the Commercial Companies Law, and to highlight the extent of its applicability while presenting the views of the Bahraini Court of Cassation in its rulings, determining when a director or shareholder may be held personally liable for the liability of the corporate entity.

The doctrine of ‘Alter Ego’ (Latin for other I) is known as the instrumentality rule where the company becomes an instrument for the personal advantage of its directors and shareholders. It is a principle that considers their obligations as one, disregarding the separate legal existence of a company when the observance of its corporate form would work an injustice. The purpose of its initiation was to protect creditors from bad faith conduct deeming it unjust or inequitable for directors and shareholders to disguise behind a company’s liability veil. An example presents itself when a company is found to be insolvent due to the actions of its directors and shareholders and disregarding their responsibility would result in the rights of creditors being lost.  This principle is embodied in Article 18 bis of the Commercial Companies Law, which will be provided further below in this article, and according to which directors and shareholders of several different forms of companies in the Kingdom may be held personally liable where a court of law concludes that they have committed any of the violations covered by the text of the said Article.

The text of Article 18 bis of the Commercial Companies Law was introduced in Law No. 50 of 2014. Through its enactment, the Bahraini Legislator made an exception to the well-known rule of a company’s separate personality, holding individuals heading a company personally liable for damages they cause to others.

This exception is perceived in the specific cases determined by the legislator in Article 18 bis which renders the founders, partners, shareholders,  capital owners, managers and directors of shareholding companies and limited liability companies liable in their own personal monies for any loss suffered by the company, shareholders, partners or third parties in any of the following circumstances: (i) the provision of false or misleading data or information regarding the company’s share capital in its memorandum of association, transactions with third parties, or in any other document that is likely to affect the company’s financial standing, (ii) the utilisation of the company for fraudulent or illegal purposes, (iii) the failure to separate the company’s funds from those of its founders, partners, capital owners, managers and directors, (iv) causing the company to assume obligations with the knowledge that the company will not be able to perform such obligations as and when they fall due or that it would fail to fulfil such obligations as a result of their gross negligence or error, (v) rendering the company unable to pay accrued taxes and fees due to the government or public entities or institutions, or the company’s failure to pay such taxes and fees due to their gross negligence or error, (vi) violating the Law or the company’s constitution, (vii) acting ultra vires or committing any act of fraud or negligence in the performance of their duties, (viii) the  failure to act as a prudent person when making decisions relating to the company.

In practice, Bahraini courts adopt a rather rigid approach when considering any deviation from the long-established rule of a company’s separate personality. This position has been steadily proven through the Court’s rulings providing that a company is an independent entity and must assume responsibility for its own debts and liabilities. In this respect, Courts would only render directors and shareholders personally liable when and if one of the exclusive cases stipulated in Article 18 bis transpires. The narrow approach in Bahraini jurisprudence to the piercing of the corporate veil is demonstrated in several rulings of the Bahraini Court of Cassation including more recently in Challenge No. 132 of 2020 wherein the Court, in defining the scope of Article 18 Bis, ruled that:

“In Article 18 bis of the Commercial Companies Law introduced by Law No. 50 of 2014 – to which this dispute is subject – the legislator desired to protect others in their dealings with a joint-stock company, a closed joint stock company, a limited liability company, or a single person company giving a third party  a right of recourse against a company’s founder, partner, capital owner, manager, or director, who shall be liable to the extent of all their personal monies in respect of any losses caused to others in certain limited cases determined by the legislator. ”

The liability of persons established by the text of Article 18 Bis is one which is grounded on the principles of tortious liability. This is confirmed by the Court of Cassation asserting in its rulings that the establishment of the personal liability of the founders, partners, capital owners, managers and directors of shareholding companies and limited liability companies in their own personal monies for any loss suffered by the company, shareholders, partners or third parties, the elements of tortious liability must be established, namely: fault, loss and the causal link between the two. This is clear from the ruling of the Bahraini Court of Cassation in Challenge No. 1390 J.Y. 2019 where the Court held that:

“The availability of the specific cases defined by the Legislator exclusively in the same text must be established. Therefore, if one of these cases is not available with respect to the persons in their aforementioned capacity, the provisions of tortious liability being fault, damage, and a causal relationship between them shall not be concluded.”

Notwithstanding Article 18 Bis expressly establishing the liability of the founders, partners, capital owners, managers and directors of shareholding companies and limited liability companies in their own personal monies for any loss suffered by the company, shareholders, partners or third parties, it is well-known amongst litigators in Bahrain that obtaining a judgment against the directors, managers and shareholders of a company in any legal proceeding is immensely onerous.

Such difficulty stems from the fact that Bahraini courts would first need to be satisfied that the creditor has extinguished all possible means of recovery from the company itself without success. Only when such recovery is impossible, will the court sanction the liability of any other person under Article 18 Bis.

In practice, this means that a Bahraini court is unlikely to find any founder, partner, capital owner, manager director or shareholders liable in any initial case filed against the company and any one of them as co-defendants, and that such liability will only be established in a subsequent case where a creditor, despite exerting all possible means of recovery from the company, failed with such attempts.

This has been evident in various recent Challenges which were considered by the Bahraini Court of Cassation including Challenge No. 1652 J.Y. 2019 where a creditor was unable to execute a judgment issued in his favour in an initial proceeding against a company due to the company’s cessation from practicing its activities and its removal from the commercial registry. In this respect, the Bahraini Court of Cassation stated:

“The failure of members of its board of directors, and those authorized to sign on its behalf, to take measures to dissolve and liquidate the company to the extent that preserves the rights of others, and their arrangement for obligations on the company despite their uncertainty of its ability to fulfil them, requires that they be responsible in their private funds for the damages suffered.”

Ultimately, the determination of whether corporate veil should be pierced under Article 18 Bis is at the discretion of the court considering the role which the persons named in the said Article played in causing the company not to be able to meet its obligations. Having said that, courts have adopted a rather restrictive approach to the piercing of the corporate veil.

The principle of a company’s separate personality is possibly the most prevalent rule in corporate jurisprudence, being the subject of extensive litigation and a great deal of conflict historically.

It is a concept whereby a company is considered to be independent from its directors and shareholders, assuming responsibility for its own debts and liabilities.  Through examining numerous Challenges considered by the Bahraini Court of Cassation, it has been confirmed that the rule is in fact very well-established in Bahraini jurisprudence deeming it strenuous for courts to depart therefrom.

The intent of the Bahraini Legislator to hold the founders, partners, shareholders, capital owners, managers and directors of shareholding companies and limited liability companies liable in their own personal monies for any loss suffered by the company, shareholders, partners or third parties has faltered in my opinion as a result of the requirement to exhaust all possible means of enforcement against the company in an initial case, necessitating the filing of a subsequent case against any other persons who may be held liable under Article 18 Bis. This has resulted in lengthy and very costly legal proceedings with creditors having to pay a premium before they are afforded justice.