Interpretation of Contracts: Certainty of Expression or Intention?

Our Associate, Noor Al Wari discusses interpretation of contracts in relation to the Bahraini Civil Code. 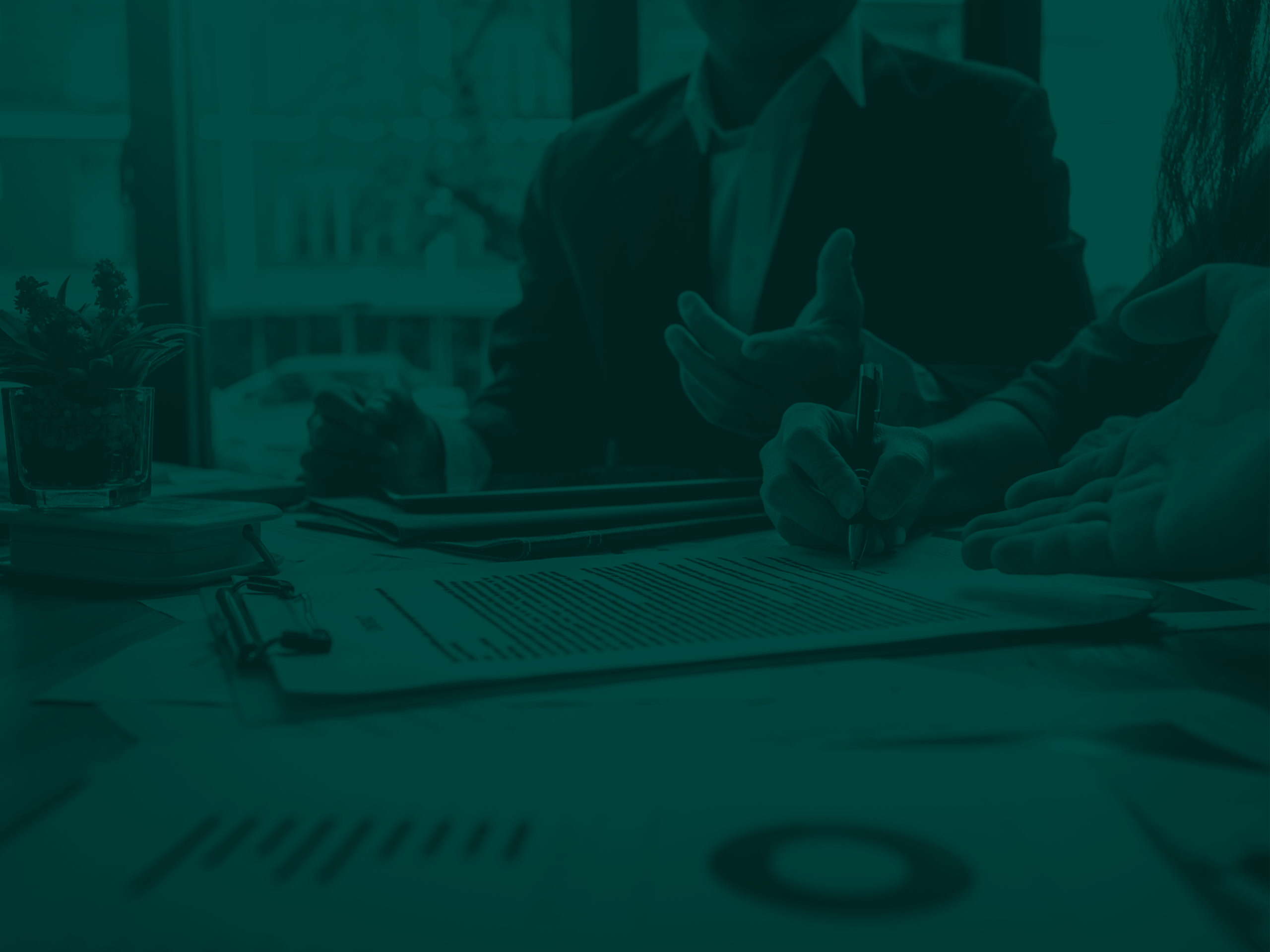 It is often presumed that interpretation of contracts investigates
certainty of expression, however, through examining legislation
and numerous Bahraini Court of Cassation rulings, we witness
that courts will in fact look for certainty of intention over that of
expression. While some expressions in a contract could be plain
and representative of the true intentions of the parties, other
expressions could also be equally plain but unrepresentative of
the true intentions of the parties.

Even if the wording is clear on its face, in some circumstances the nature of the contract may
reveal that a certain term’s intended meaning differs from the words used in the contract, and in this case, courts will consider the rules of interpretation embodied in the Bahraini Civil Code
to reveal the parties’ common intention.

Courts frequently consider that when an expression used in a contract is plain and represents the will of the parties, there is no room for further interpretation. This rule has been confirmed by the Bahraini Court of Cassation in Challenge No. 824 J.Y. 2017 wherein it was stated that “[…] if the term of the contract is clear, it is not permissible for a judge to deviate from it by interpreting it to ascertain the will of the contracting parties.” Nevertheless, courts hold the complete authority to interpret expressions in contracts to ascertain the true intention of the parties, as confirmed by the Bahraini Court of Cassation in Challenge No. 520 J.Y. 2017 wherein the Court held that “Wherein the court has the complete authority to establish and understand the facts of the case and interpret contracts presented to it to ascertain what is truly intended in them without further scrutiny, that is conditional upon such interpretation being logical and does not exceed what the terms of the contract permit.”

This article aims to reveal the position of the Bahraini Civil Code in relation to the interpretation of contracts and the manner of application by the Bahraini courts of such provisions of the Civil
Code while also examining the history behind interpretation and unveiling the process of defining the contracting parties’ common intention.

Much of the Bahraini Civil Code has been adopted from the Egyptian Civil Code which in turn has been derived mostly from the French Civil Code. The concept of searching for the common intention of contracting parties is derived from Article 1156 of the French Civil Code. The article describes that you must look for the common intention of the contracting parties instead of the literal meaning of the contract. When expressions are capable of being interpreted to having two meanings, it must be interpreted in a way to most suit the subject of the contract.
Based on the French Civil Code, in resolving a dispute, a court may sovereignly interpret all the obscure and ambiguous terms of a contract. It is important to note that a judge may not
interpret provisions that are clear and precise (essentially not requiring further interpretation), however the French Civil Code regarded the refusal of interpreting a contractual clause which
may potentially affect the outcome of a trial due to its ambiguity would be equivalent to a denial of justice.

Contra Proferentem (Latin for against the offeror) is a legal doctrine which provides that an ambiguous term should be interpreted against the interests of the party that created, introduced, or requested that term be included. The contra proferentem rule acts as a guidance for legal interpretation of contracts and is usually applied when a contract is challenged in court.

The process of negotiating contracts typically involves parties discussing and ironing out details of the contract before committing to the terms in writing. Such a process involves complex legal drafting and attention to intricate details to ensure that important expressions incorporated are clear and concise. As each party is ostensibly looking out for its best interests and will want the contract language to be in its favour, this can create scenarios in which the contract language is ambiguous or unclear, leading one party to interpret the contract differently from the other. Accordingly, the contra proferentem rule is designed as a penalty or punishment for including an ‘intentionally’ vague clause into a contract.

In practice, there is no better way to demonstrate the Bahraini courts’ view on the application of Article 125(a) other than by considering judgments of the Bahraini Court of Cassation. Thus in Challenge No. 519 J.Y. 2008 the Court stated “The effect of the first paragraph of Article 125 of the Civil Code was that when the expression in the contract is clear in explaining its intended meaning, it is not permissible to subject it to the rules of interpretation to arrive at another meaning to be considered as the meaning intended by the contracting parties. Clarity in this context is clarity of will not expression. If the contracting parties did not use the expression that truly represents their will or where the expression used was ambiguous, the court must consider the contract as one connected indivisible unit.” In other words, when an expression is clear, it cannot be deviated from in order to ascertain its meaning. However, if a contract must be interpreted, it is crucial to determine the common intention of the parties and to go beyond the meaning of the words in the contract.

Common Intention
The process of determining the common intention of the parties involves several elements that include: (i) the language of the contract; (ii) the nature of the transaction; (iii) customary practice; and (iv) good faith. The above factors are not exhaustive and courts may refer to other factors in establishing the parties’ common intention, such as the manner of performance of the contract and the purpose underlying a contractual provision.

In the case of contracts containing ambiguous expressions that are capable of having more than one meaning, it must be interpreted in accordance with Article 125(b) of the Bahraini Civil Code which states that “But if there is scope for interpreting the contract, then the joint intention of the contracting parties should be sought without stopping at the apparent meaning of the terms, guided by nature of the dealing and what it must embody in terms of trust and honesty and in accordance with existing customs in such dealings.”

The Bahraini Court of Cassation in numerous challenges offers guidance on the interpretation of ambiguous expressions and lays out important principles as to how ambiguity may be interpreted as well as defining the common intention between contracting parties. In Challenge No. 355 J.Y. 2012 the Court stated “It is established that while the court has the authority to interpret expressions in contracts and documents to arrive at the common intention of its parties in concluding them as long as it does not deviate in such interpretation from its intended meaning were such interpretation is plausible, however it may not, in interpreting documents, contend with what is stated in a certain phrase of the document, but must consider the meaning of all phrases in full and in total guided, in accordance with the text of Article 125(b) of the Civil Code, by the nature of the dealing. If the ambiguity in any phrase is due to such phrase capable of having more than one meaning, it is prudent to interpret its meaning in a manner that suits the nature of the contract”. In particular, courts express that any ambiguity in the terms of a contract must be interpreted to achieve the meaning that is most appropriate to the type of contract in question. It must additionally reflect trust and honesty under the principle of good faith and be in line with prevailing customs and previous dealings between the parties involved.

Constructing doubt
The view on constructing doubt in the Bahraini Civil Code is depicted through Article 126 which states that “In cases of doubt, the construction of a contract shall be in favour of the contracting party who may be prejudiced by enforcing the condition. In particular, doubt shall be construed in favour of the debtor if performance of the term creates an obligation binding upon him or increases its burden upon him”. If the common intention cannot be determined from the expressions of the contract and there are more than one interpretation that may be made, doubt must be interpreted in favour of the party who will be prejudiced the most by the term to be interpreted. In line with the provisions of Article 126, doubt must be construed in favour of the person upon whom the obligation lies, if the enforcement of the term will result in imposing a further obligation upon him/her or in increasing the burden of an existing obligation. Evidently, the principle of interpreting doubt is further confirmed in Court of Cassation in Challenge No. 30 J.Y. 2006 where the Court stated that “It is established in Article 126 of the Civil Code that in interpreting the contract, doubt is interpreted in favor of the debtor”.

Implied terms
The Bahraini Civil code incorporates provisions that describe implied terms and their effect in a contract. It expresses that a contract may not solely be limited to its express terms, but also covers implied terms by virtue of the law. Article 127 states that “A contract is not only limited to the express terms that the parties have set out in their agreement or to the applicable provisions of law, but also includes everything which according to law, custom and equity is deemed in view of the nature of the obligation, to be a requirement of the contract, taking into consideration custom and usage, requirements of equity, nature of transaction, good faith and honesty.” It goes without saying that the notion of implying terms into a contact are intended to complement the contract and uphold the sanctity of the contract, which also means that implied terms may not contradict or override express terms, but merely enhance them.

Disputes will often arise out of contractual obligations or unclear contractual terms. Where terms are considered ambiguous a court may turn to applying the rules of contract interpretation to ascertain the true intentions of the parties. Through observing the different positions taken by the Civil Code regarding interpretation of contracts, we come to a few
crucial points:

Clarity in the face of contract drafting and negotiation is especially critical and results in providing the utmost protection of your rights and interests as a party to a contract. If the contract relays its intention clearly without showing any ambiguity or uncertainty, it will unlikely be subjected to any
further interpretation as provided under the Bahraini Civil Code.